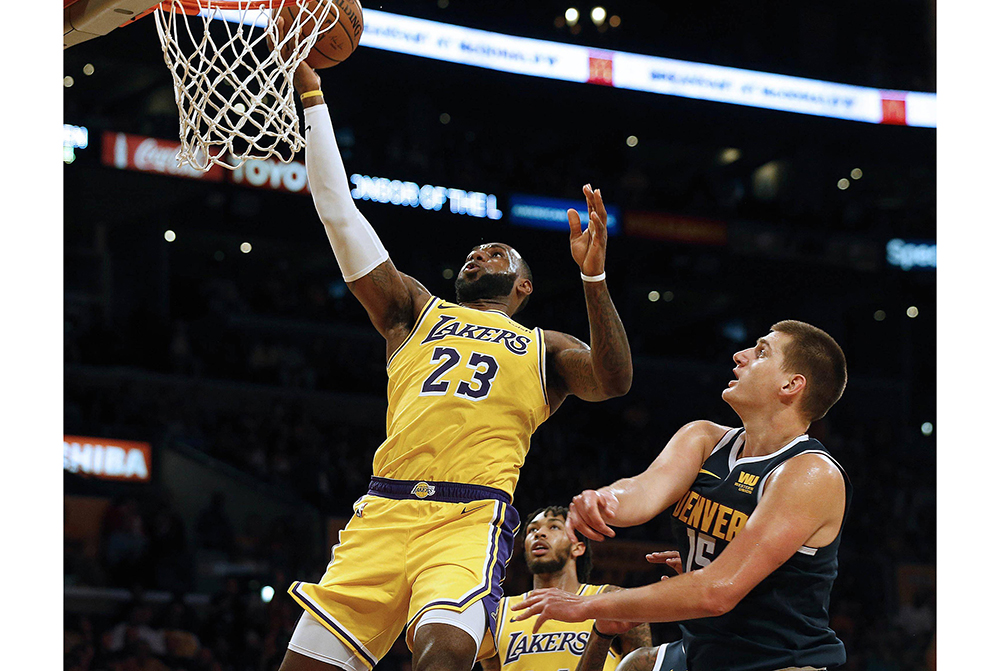 Lebron James continues to lead the NBA both on and off the court. He led the Lakers to the league title this year, then continued his off-the-court advocacy on voting and racial equality.

LeBron James was named the AP’s male athlete of the year for 2020. Photo by Gary Coronado / Los Angeles Times / TNS

LeBron James told the world in 2020 that Black Lives Matter. He helped convince many who had never voted to finally head to the polls. He found more ways to continue elevating the lives of people in his hometown.

If that weren’t enough, he won another NBA championship.

James’ on-court performance this year was spectacular again. A fourth NBA title and fourth NBA Finals MVP trophy were his, as he lifted the Los Angeles Lakers back atop the basketball world. And after a year where he was brilliant, on the court and off, James was announced Saturday as the winner of The Associated Press’ Male Athlete of the Year award for a record-tying fourth time.