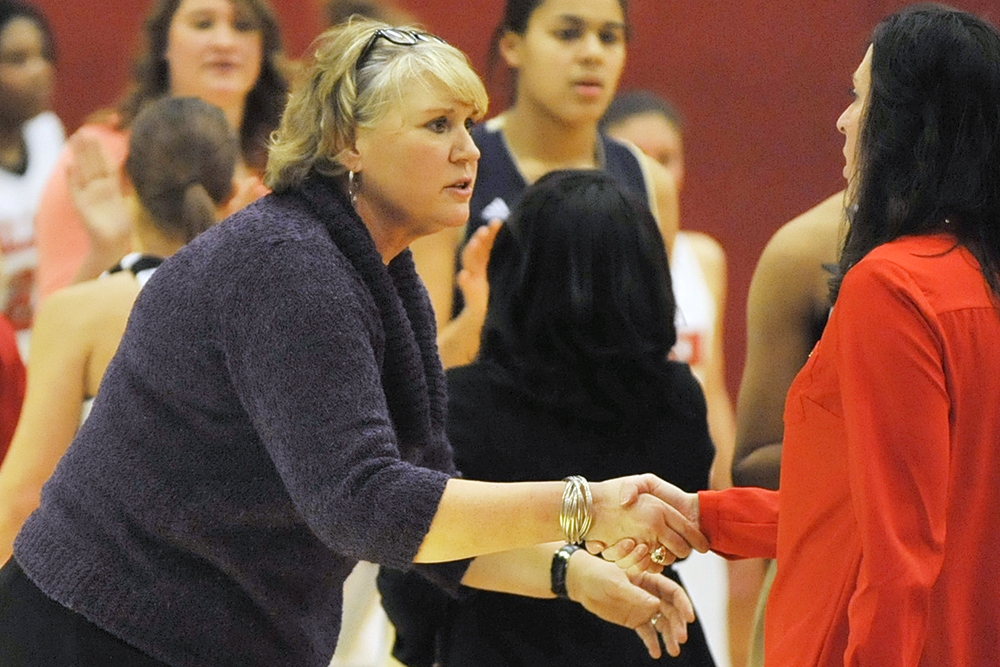 Crane hired to coach at Allen

Iola native Leslie Crane, who has been successful at every coaching spot she's held, will return to her alma mater to take over the Allen Community College's women's basketball program. Crane's hiring was approved this week by college trustees.

Iola native Leslie Crane, shown here after coaching Independence Community college in a game against Allen Community College in 2014, is returning to her alma mater at ACC to coach the women's basketball team next season. Register file photo

A new, yet familiar, face will take the helm of the Allen Community College’s women’s basketball program.

Iola native Leslie Crane, a standout player and coach at several stops, was hired this week by the ACC Board of Trustees, athletics director Doug Desmarteau announced.

Crane brings more than 30 years of experience to Allen, most recently at Independence Community College, where she  won 115 games over a seven-year period before stepping down last July.

Prior to that, Crane coached at Western Illinois University, where she became the program’s winningest coach in history, with 192 victories over 13 years. Crane also saw success as head coach at Kansas City, Kansas, Community College, compiling a 117-17 record in four years.

The Crane legacy already is secure at ACC.

A 1982 Iola High graduate, Crane was a standout player for the Red Devils before playing collegiately at Arkansas State University.

From there, she began her coaching career in the high school ranks, with successful stints at Turner and Circle high schools in Kansas before jumping up to coach at the college level.

She takes over a struggling ACC team that has won a combined five Jayhawk Conference games over the past three seasons.