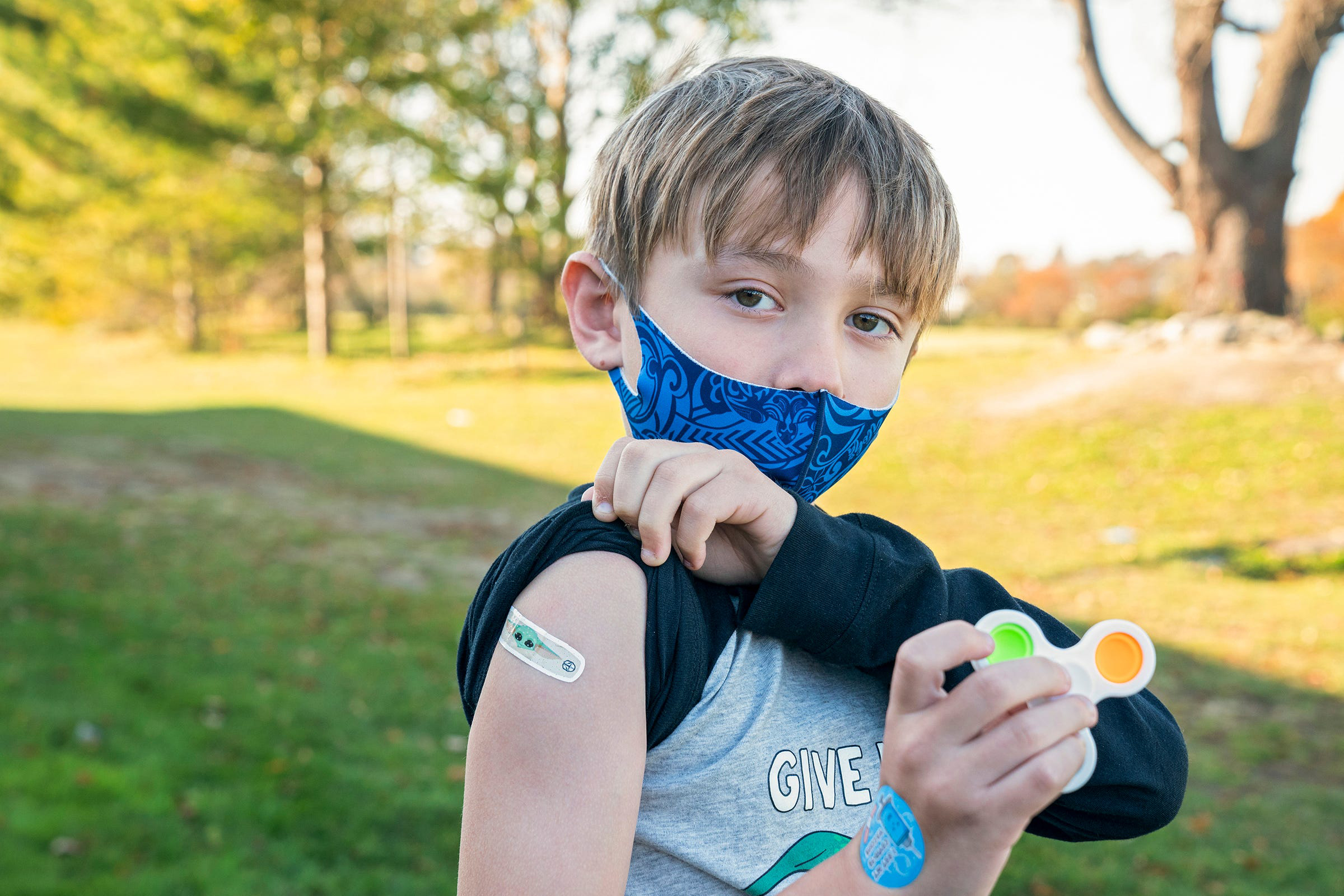 The more credence legislators give the anti-vaxxers, the more their opinions about vaccines in general will spread, creating an unfathomable health crisis.

By THE IOLA REGISTER

Laine Blaisdell, 7, does his part in helping curb the spread of COVID-19 by getting the vaccine — and a fidget spinner toy — on Tuesday at J.H.Gaudet Middle School in Newport News, Va.

If Kansas legislators are truly concerned about maintaining a viable workforce, then encouraging people not to get vaccinated against COVID-19 is not the way to go about it.

But such is the premise if Republicans proceed with some cockamamie measures to appease the anti-vax crowd.

Left no choice, Gov. Laura Kelly on Friday called for a special session of the legislature to address the issues beginning next week after legislative leaders delivered the required number of petitions to do so.

Most alarming to Kansas business owners is a bill that would award unemployment benefits to those who refuse to get the vaccine and in the course lose their jobs.

If Kansas employers thought they had a hard time finding employees before, the floodgates will open once this becomes law. How convenient to say the vaccine goes against their religion or some unspecified medical condition, all under the guise of getting on the government dole.

Earlier this year, Kansas Republicans blamed a shortage of workers on extended federal employment benefits, though in truth, that was never borne out. The additional federal benefits stopped the last of August, and the difference is negligible. Workers are still in high demand.

So for Republicans to cater to the unvaccinated by providing the exemptions is indeed puzzling.

“Our fear is what’s next, what is the next exemption we are going to create in our UI (unemployment insurance) system,” said Eric Stafford of the Kansas Chamber of Commerce.

The Kansas Chamber projected as much as $5.6 billion in unemployment claims could come from the exemptions.

And please remember that these benefits come out of the pockets of Kansas business owners who are taxed to support the system.

Also being considered is a measure that employers will be forced to accept an employee’s reasoning to not get a vaccine at face value, and be liable for court costs if an aggrieved employee takes them to court over the matter.

Let’s get this straight.

The employer striving to create a safe workplace — because the vaccine is the surest way to slow or stop transmission — can be sued if his questions about an employee’s requested exemption makes him uncomfortable.

And the more credence legislators give the anti-vaxxers, the more their opinions about vaccines in general, including childhood immunizations for smallpox, measles, diphtheria, etc., will spread, creating an unfathomable health crisis.

It’s going to be a sad day when polio is reintroduced  because of such backward thinking.

THERE’S NO doubt presumptive Republican nominee Attorney General Derek Schmidt will use his fight against vaccine mandates in the gubernatorial campaign against Gov. Kelly.

Our individual freedoms are sacrosanct, including the right to be a public health threat.

We have a vaccine to stop this in its tracks.

That elected officials are knowingly trying to curtail its use is a crime.