The escalation of violence at what should be peaceful protests is primarily due to the presence of heavily armed self-styled militia groups. 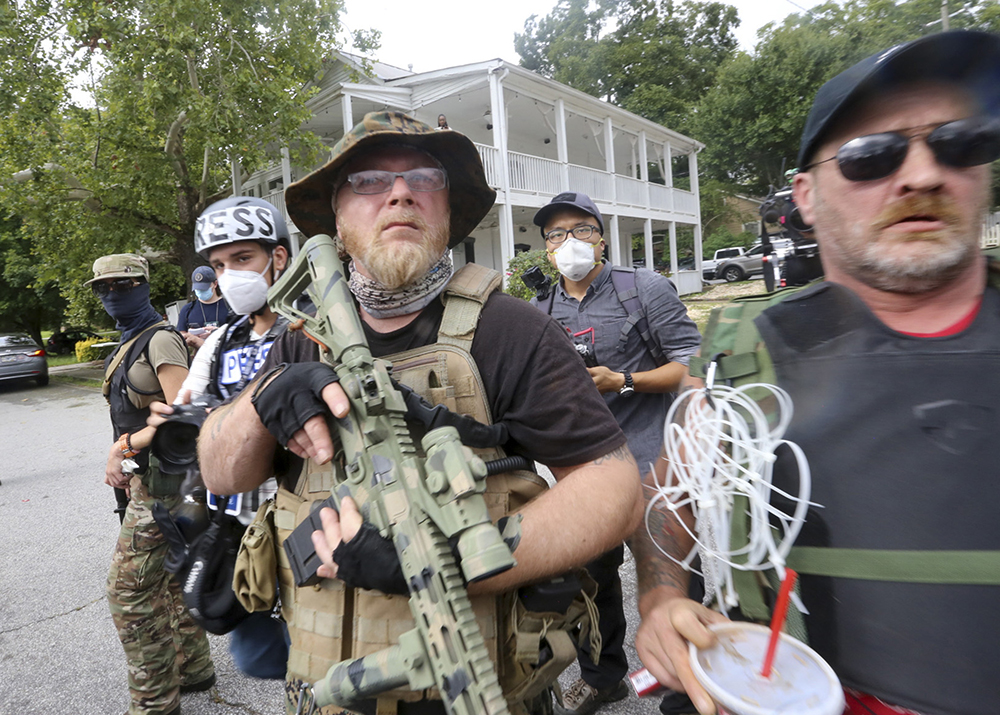 The tragedy unfolding in Kenosha, Wisconsin, worsened Tuesday night in ways that are at once shocking but also seemingly inevitable. Two people were shot dead and another wounded as protesters and self-styled militiamen faced off during a third night of street demonstrations after police on Sunday shot and gravely wounded yet another apparently unarmed Black man, Jacob Blake.

Details of the latest violence remained sketchy Wednesday, but videos and photographs show verbal confrontations between protesters and heavily armed volunteers who said they were trying to protect a gas station in the area racked by vandalism, theft and arson the previous night. “They’re a militia,” Kenosha County Sheriff David Beth told reporters. “They’re like a vigilante group.”

In one of the videos, a young white man carrying a military-style rifle can be seen running down a street pursued by a small group of people as one person yells, “He shot someone!” One man knocks the gunman to the ground, and in the scuffle the gunman opens fire, appearing to hit two people at close range. He then gets back onto his feet and walks calmly down the road toward emergency vehicles. Police later reported the arrest of Kyle Rittenhouse, 17, in Lake County, Illinois, in connection with the deaths.