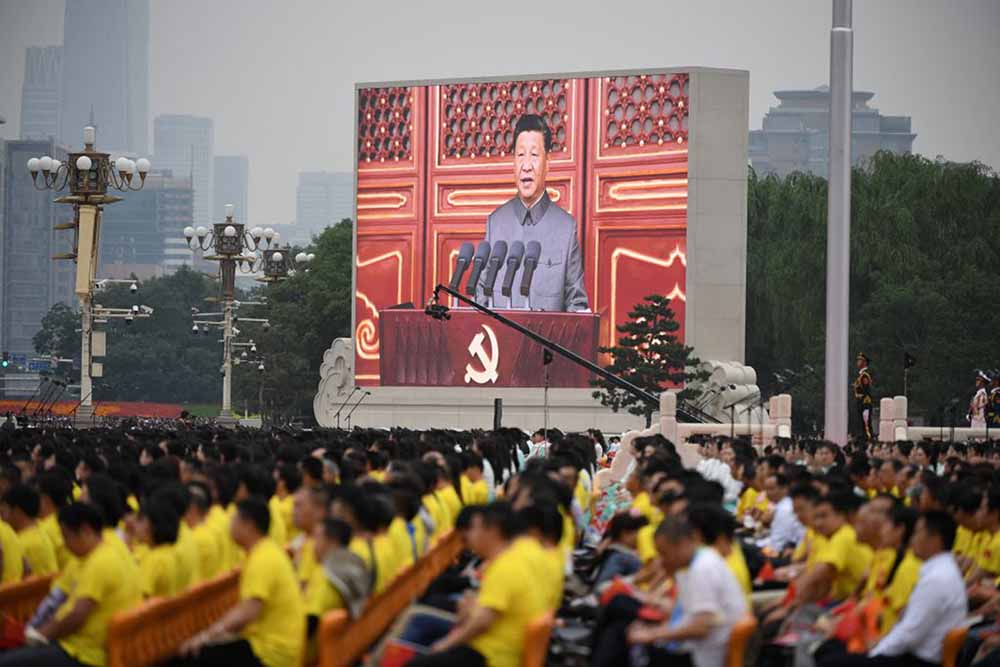 Limits use of video games and portrayal of 'effeminate' men.

Chinese President Xi Jinping (on screen) delivers a speech during the celebrations of the 100th anniversary of the founding of the Communist Party of China at Tiananmen Square in Beijing on July 1, 2021. (Wang Zhao/AFP via Getty Images/TNS)

A thread running through many dictatorships is leaders’ total certainty that they know what’s best for people. With a monopoly on political power, control over the use of force and dominance over communications, they impose decisions about what people can see, hear and — to the extent the regimes can manage it — think. China’s President Xi Jinping appears to be steering toward a period of intensified control by pushing the nanny state into people’s personal lives.

On Sept. 2, China’s television regulator banned effeminate men on the screen, saying that broadcasters must “resolutely put an end to sissy men and other abnormal esthetics,” using an insulting slang term for effeminate men — “niang pao,” or literally, “girly guns.”

The order reflected official concern that Chinese pop stars, imitating the sleek look of some South Korean and Japanese singers and actors, were failing to encourage China’s young men to be masculine enough, the Associated Press reported.