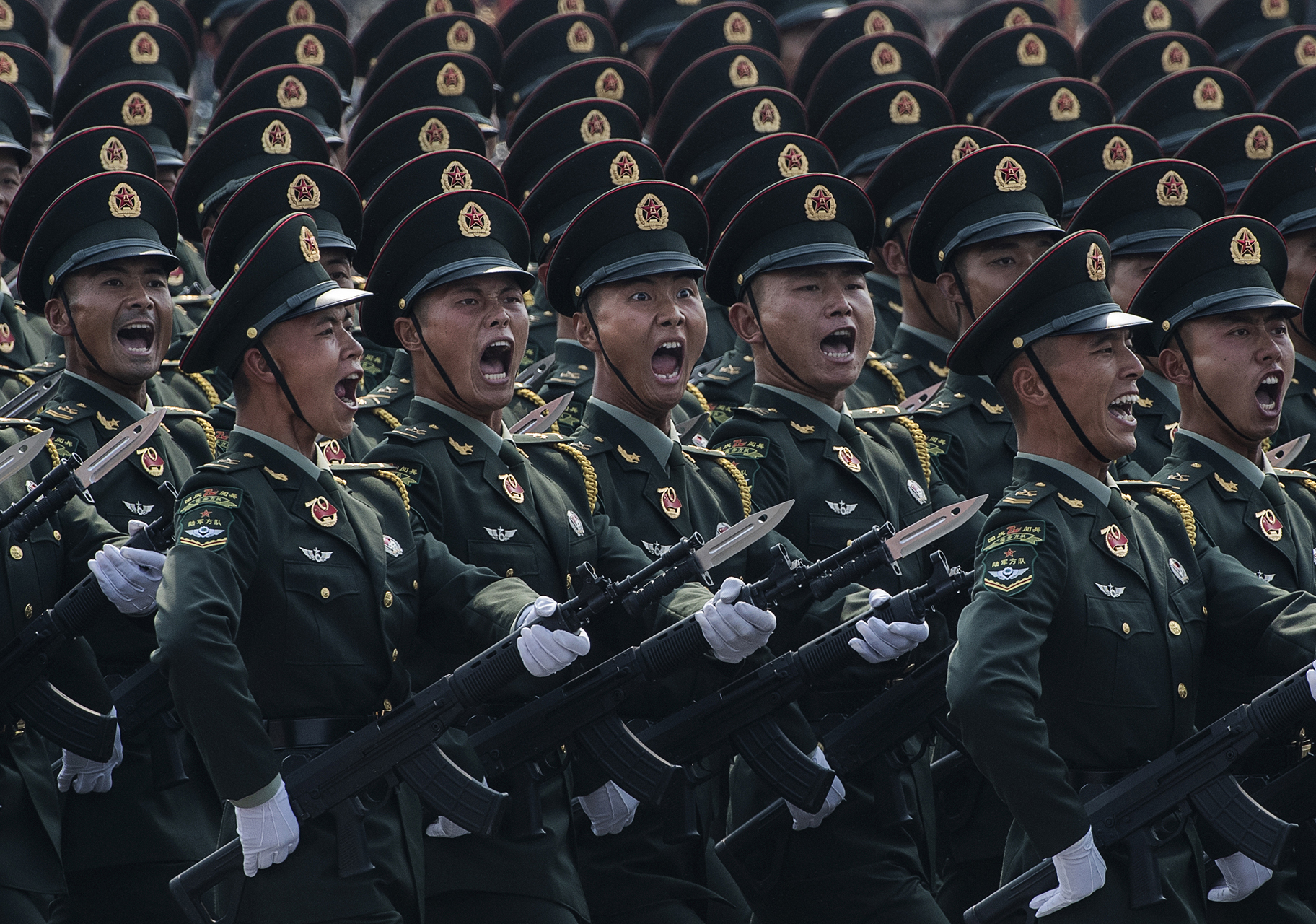 Taiwan has justifiable fears that it’s about to be swallowed whole.

By THE ST. LOUIS POST-DISPATCH

Chinese soldiers during a parade to celebrate the 70th anniversary of the founding of the People's Republic of China at Tiananmen Square in 1949, on Oct. 1, 2019, in Beijing, China. (Kevin Frayer/Getty Images/TNS)

President Joe Biden’s administration could soon have its foreign policy mettle tested like never before as China boosts its military aggression against Taiwan while proceeding with its naval expansion into the South China Sea. If Biden thought he would get a breather from major national security challenges after the chaotic withdrawal from Afghanistan, he figured wrong. A direct confrontation between China and Taiwan would dwarf the significance of Afghanistan. And the repercussions could hit every American hard in the pocketbook. So it’s worth paying attention.

In recent days, China has sent nuclear-capable bombers and other military attack aircraft — nearly 150 in all — into Taiwan’s exclusion zone, stopping short of violating Taiwan’s 12-mile territorial limit but making clear that Beijing respects no declared boundary with the staunchly anti-communist island that broke away from mainland rule after the Maoist revolution of the late 1940s. Ever since President Richard Nixon withdrew recognition of Taiwan in favor of Beijing in 1972, Taiwan has watched its international influence steadily erode, even among previously stalwart anti-communist governments in Central America and the Arabian Peninsula. The fully developed island nation of 23.6 million has justifiable fears that it’s about to be swallowed whole.

China has eclipsed the United States as Saudi Arabia’s top trade partner. It became the main financial backer for the Panama Canal expansion. Heavy port developments at both ends of the Panama Canal give China an ability to put a chokehold on transit operations that affect 66% of sea cargo either originating or ending at U.S. ports.