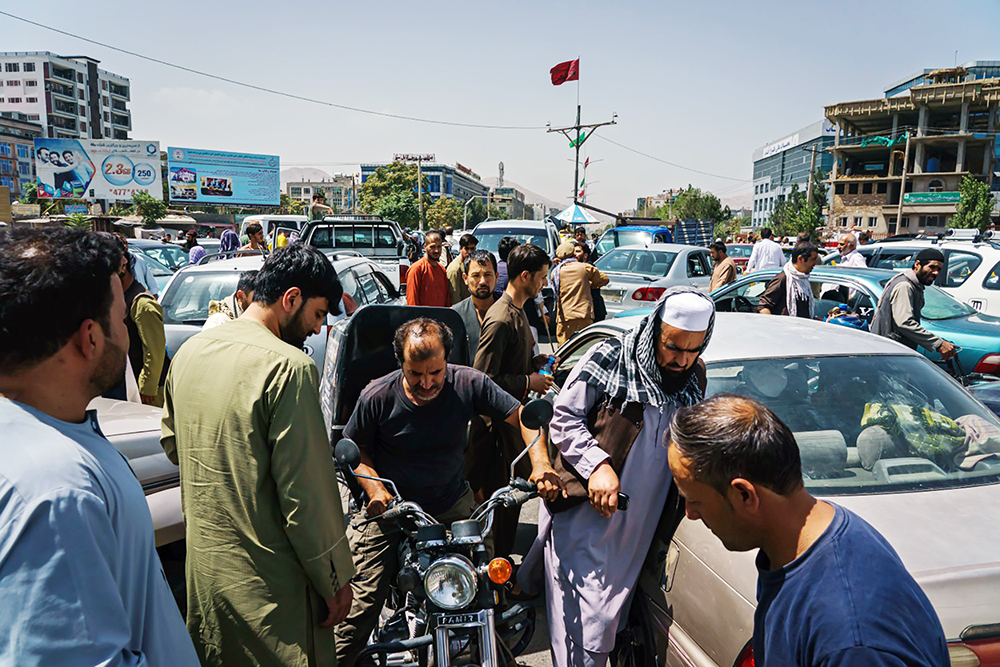 Taliban take over Afghanistan: What we know and what comes next

As the Taliban sweeps across Afghanistan, now that the U.S. is completing its troop withdrawal, several questions remain as to what happens there and around the globe for the U.S. and its Mid-East allies.

By THE ASSOCIATED PRESS

Pedestrians and motorists ended up in a traffic grid lock as the Afghans rush to safety with the uncertainty and rumor swirling that Taliban enter Kabul and take over the city and country. Photo by Marcus Yam / Los Angeles Times / TNS

The Taliban have seized power in Afghanistan two weeks before the U.S. was set to complete its troop withdrawal after a costly two-decade war.

The insurgents stormed across the country, capturing all major cities in a matter of days, as Afghan security forces trained and equipped by the U.S. and its allies melted away.

Here’s a look at what happened and what comes next:

News
US rushes in troops to speed up evacuations in Afghanistan
Columnists
Even with planned troop withdrawal, U.S. commitment to Afghanistan is longterm
News
US: Afghan negotiations likely to be ‘contentious’
World News
US, Taliban reach peace deal