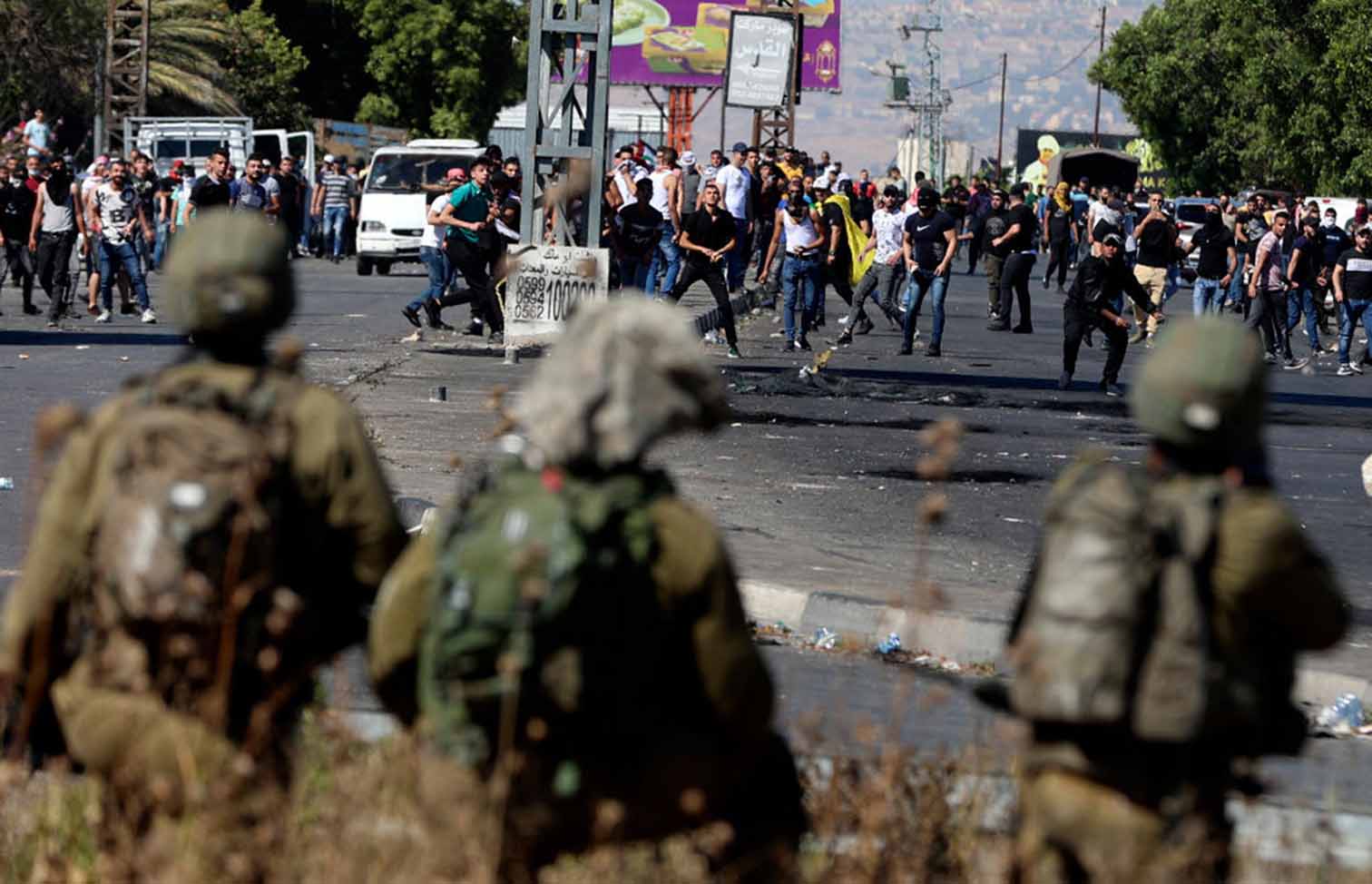 Despite growing international pressure for a cease-fire, intense fighting continues in the Gaza Strip.

Palestinian protesters clash with Israeli security forces at the Hawara checkpoint south of Nablus city, in the occupied West Bank, on May 18, 2021. - Palestinians across the West Bank and in east Jerusalem and Arab districts in Israel were largely adhering to a general strike called in support of those under bombardment in Gaza, which led to violent clashes throughout the territories. (JAAFAR ASHTIYEH/AFP via Getty Images/TNS)

GAZA CITY, Gaza Strip (AP) — Israeli airstrikes killed at least six people across the Gaza Strip and destroyed the home of an extended family early Wednesday. Despite growing international pressure for a cease-fire, the military said it widened its strikes on militant targets in the Palestinian territory’s south to blunt continuing rocket fire from Hamas.

Residents surveyed the piles of bricks, concrete and other debris that had once been the home of 40 members of al-Astal family in the southern Gaza town of Khan Younis. They said a warning missile struck the building five minutes before the airstrike, allowing everyone to escape.

Ahmed al-Astal, a university professor, described a scene of panic before the airstrike hit, with men, women and children racing out of the building. Some of the women didn’t even have time to cover their hair with Muslim headscarves, he said.