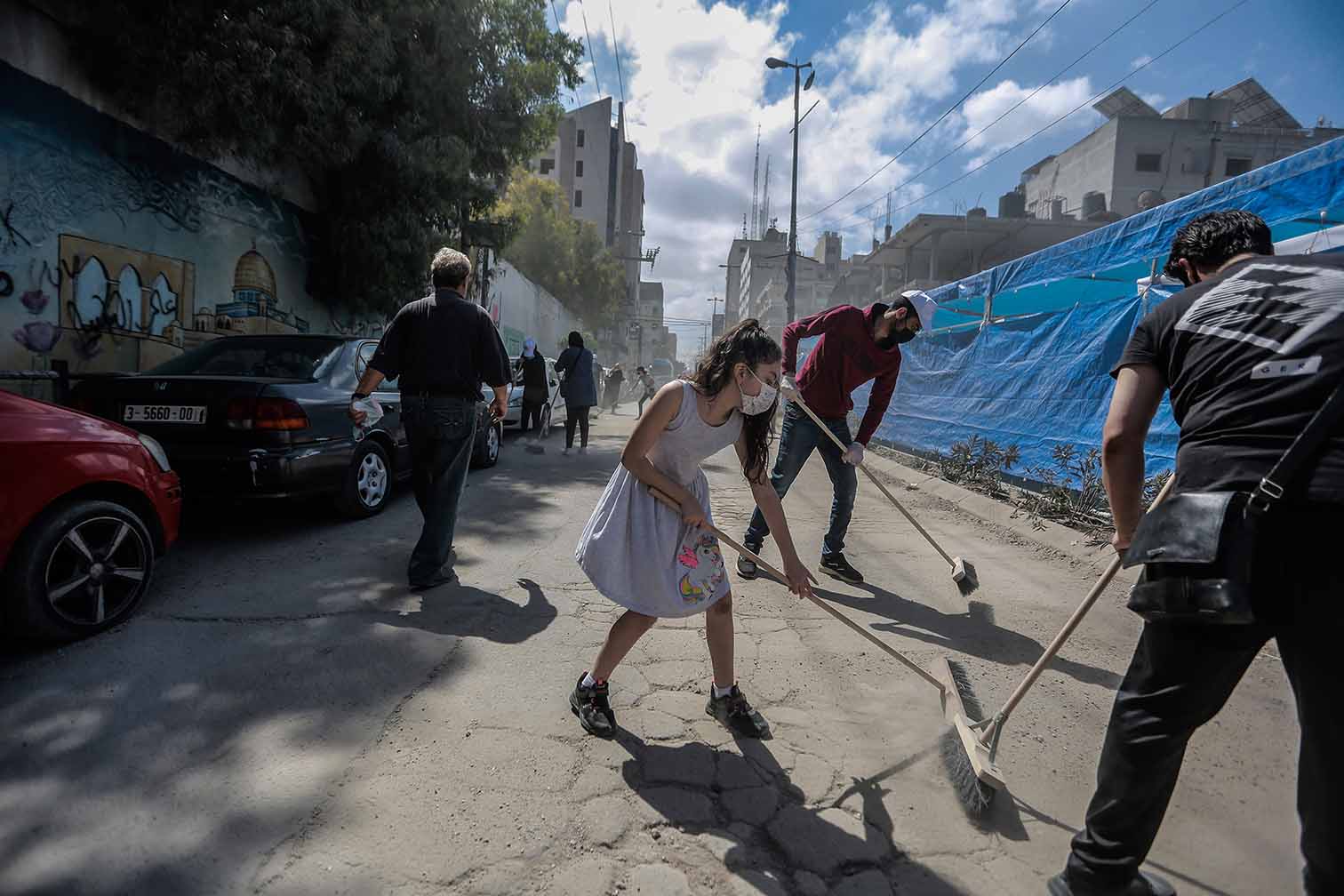 Blinken: US will aid Gaza without helping Hamas

U.S. Secretary of State Antony Blinken will travel to the Mideast to shore up a cease-fire between Israel and Hamas, but will not meet with Hamas.

Palestinian volunteers sweep the floor during a campaign to clean up the streets of Gaza City that was hit by Israeli airstrikes during the recent military conflict between Israel and Palestinian Islamist movement Hamas. A ceasefire has been in place since Friday, ending 11 days of Israeli air raids and Palestinian rocket fire that left more than 240 people dead in Gaza, including 66 minors, and claimed 12 lives in Israel. (Mohammed Talatene/DPA via ZUMA Press/TNS)

JERUSALEM (AP) — U.S. Secretary of State Antony Blinken vowed Tuesday to “rally international support” to aid Gaza following a devastating war there while keeping any assistance out of the hands of its militant Hamas rulers, as he began a regional tour to shore up last week’s cease-fire.

The 11-day war between Israel and Hamas killed more than 250 people, mostly Palestinians, and caused widespread destruction in the impoverished coastal territory. The truce that came into effect Friday has so far held, but it did not address any of the underlying issues in the Israeli-Palestinian conflict, something Blinken acknowledged after meeting with Israeli Prime Minister Benjamin Netanyahu.

“We know that to prevent a return to violence, we have to use the space created to address a larger set of underlying issues and challenges. And that begins with tackling the grave humanitarian situation in Gaza and starting to rebuild,” he said.