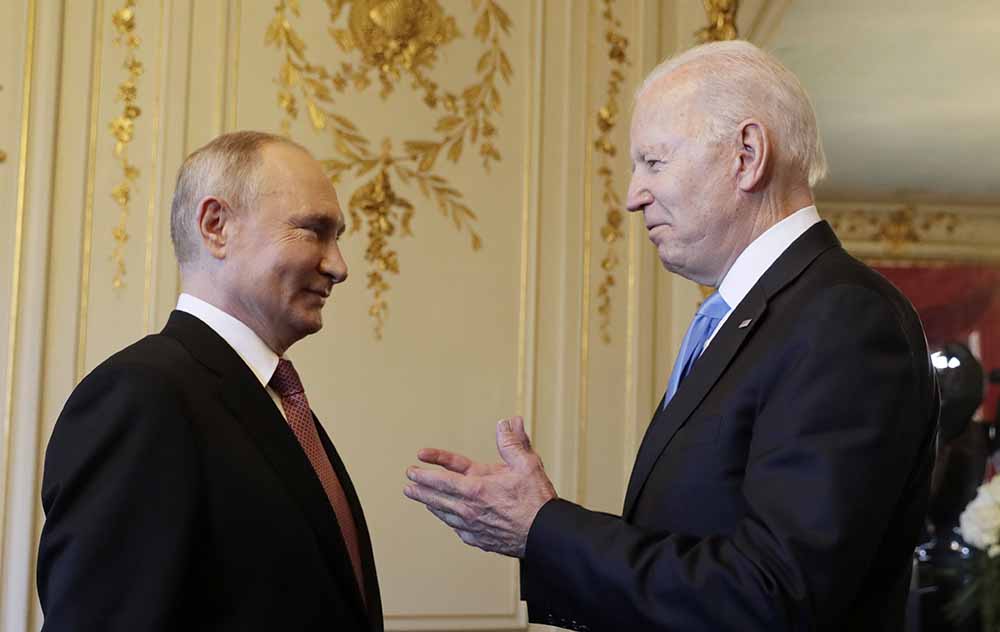 GENEVA (AP) — With stern expressions and polite words before the cameras, President Joe Biden and Russia’s Vladimir Putin plunged into hours of face-to-face talks Wednesday at a lush lakeside Swiss mansion, a highly anticipated summit at a time when both leaders agree that relations between their countries are at an all-time low.

Biden called it a discussion between “two great powers” and said it was “always better to meet face to face.” Putin, for his part, said he hoped the talks would be “productive.”

The meeting in a book-lined room had a somewhat awkward beginning — both men appeared to avoid looking directly at each other during a brief and chaotic photo opportunity before a scrum of jostling reporters.