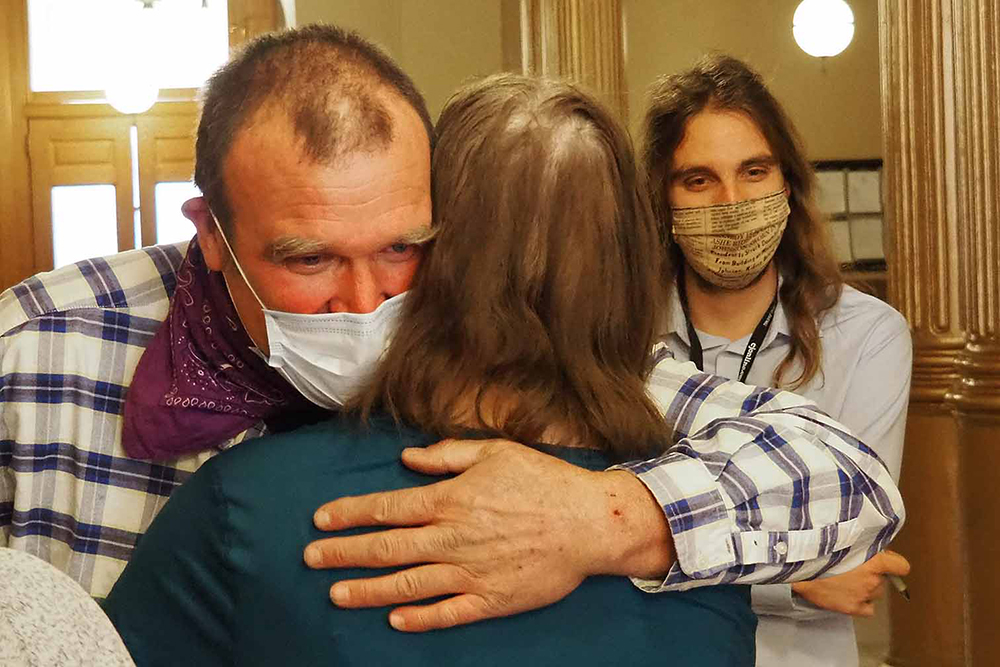 Parents, grandparents of foster kids cry out for oversight office

Kansas is in dire need of an office to oversee the state's foster child program, advocates told state lawmakers this week. The state's beleaguered system has been under the spotlight for the past several years.

Randy Puett, whose child was in foster care in 2019, embraces the grandmother of another foster child during a hearing Wednesday at the Statehouse on the creation of an Office of the Child Advocate. Photo by Sherman Smith / Kansas Reflector

TOPEKA — Adrian Jones’ grandmother believes he would still be alive if there had been an Office of the Child Advocate in place when he pleaded for relief from unimaginable torture.

The Kansas Department for Children and Families ignored repeated warnings about the torture of Jones by his biological father and stepmother before the 7-year-old boy’s remains were found in 2015. He had been tortured, starved to death and fed to pigs.

Judy Conway said her grandson “told people over and over again” about the beatings he suffered. His stepmother recorded video of the abuse, which included strapping the child to an inversion table and using a Taser on him for up to 20 seconds at a time.