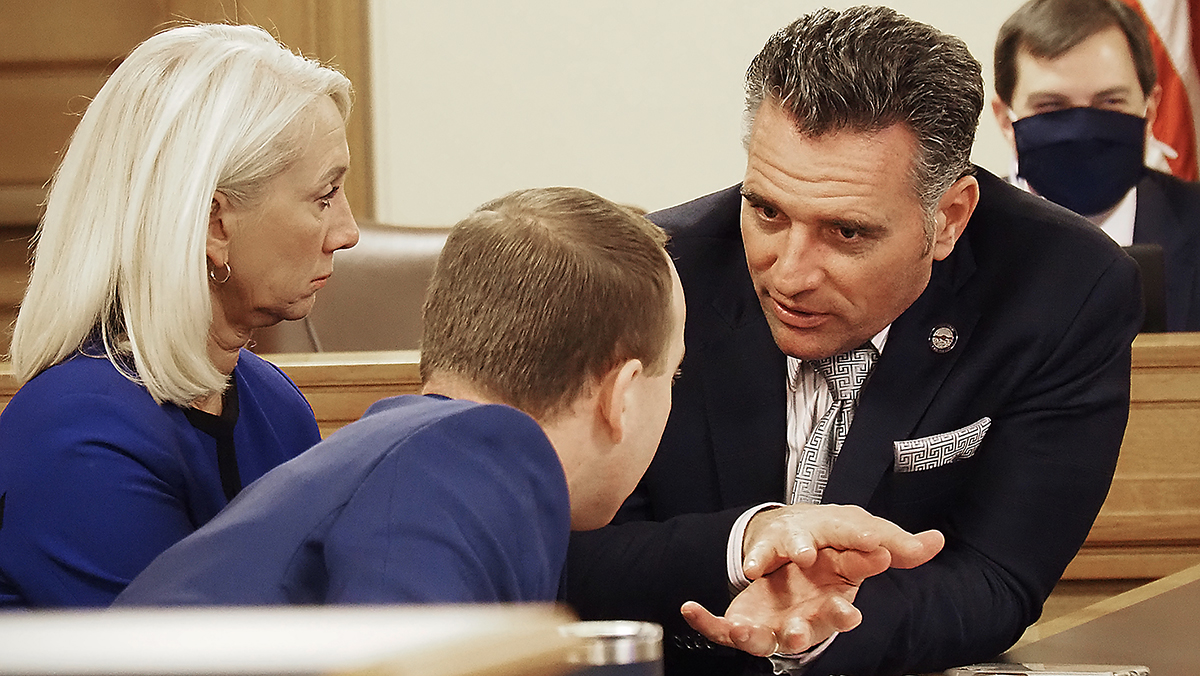 A 14-hour special session ended with a package of exemptions to federal COVID-19 vaccination mandates and the potential of unemployment benefits to people fired for refusing to be inoculated.

TOPEKA — The Kansas Legislature completed a 14-hour special session Monday night by sending Gov. Laura Kelly a bill packed with generous medical, religious and philosophical exemptions to federal COVID-19 vaccination mandates and the potential of state unemployment benefits to people fired for refusing to be inoculated.

As legislators were voting on the measure, the Democratic governor issued a brief statement saying she would sign the bill when it reached her desk.

The House and Senate began the day by adopting rival bills in response to President Joe Biden’s nationwide order requiring vaccination of millions of federal employees, contractors, health care workers and people employed at large companies. In an unusually short meeting in the evening, six negotiators representing the House and Senate hammered out a deal that incorporated the House version of exemptions and Senate provisions on jobless benefits.