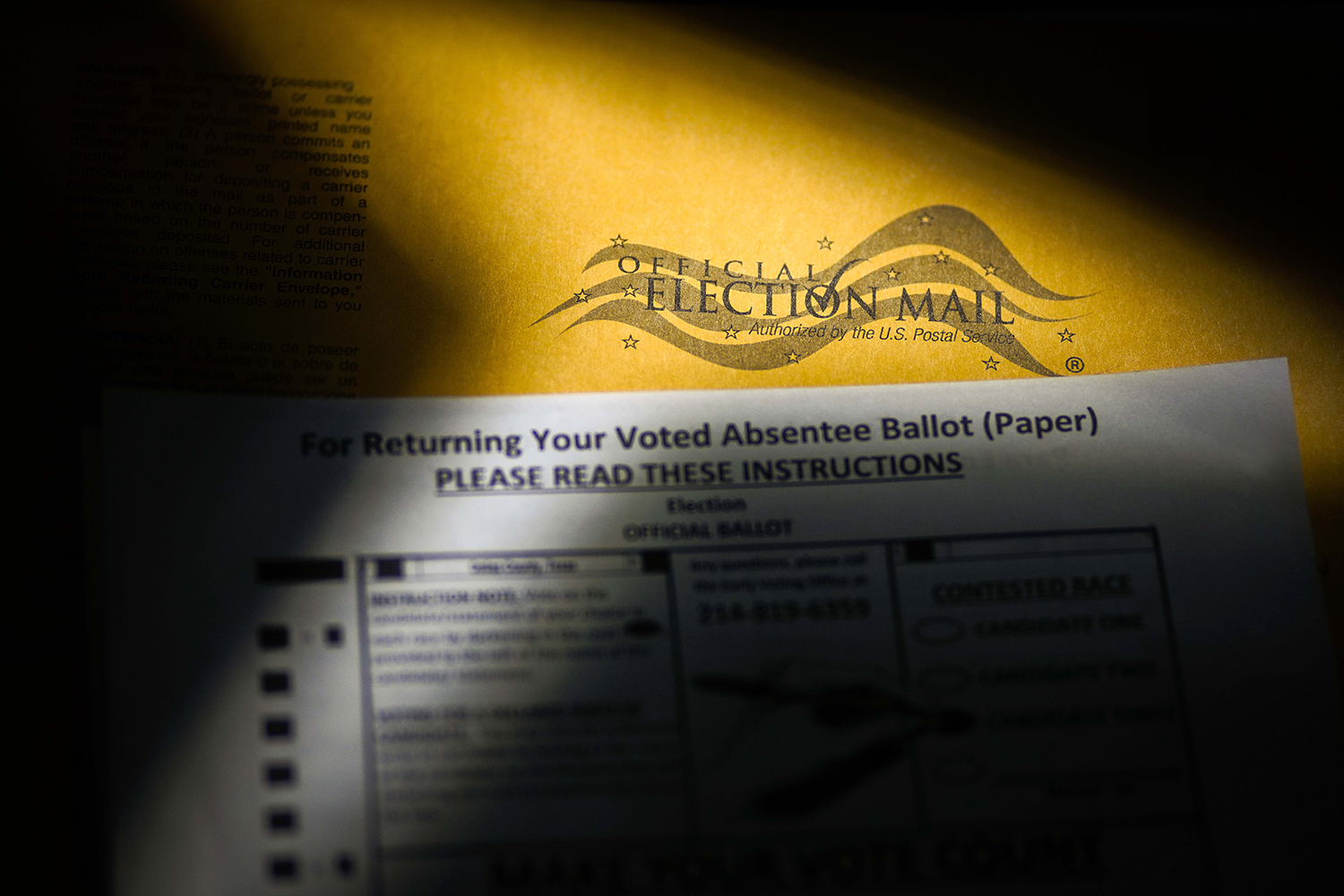 Republican lawmakers are attacking get-out-the-vote efforts with election reform legislation that targets the elderly, disabled and poor. The proposal could help Republicans pass a key policy goal regarding abortion restrictions.

By JOHN HANNA AND ANDY TSUBASA FIELD, THE ASSOCIATED PRESS

Mail-in absentee ballot materials at the Dallas County Elections Department on Monday, May 18, 2020.

TOPEKA, Kan. (AP) — Charley Crabtree was looking to help voters in nursing homes get absentee ballots delivered on time last year, so he picked up about 75 from at least 10 locations in his hometown of Lawrence. Republicans who control the Kansas Legislature want to make what he did a crime punishable by up to six months in jail.

Republican lawmakers said they’re protecting the integrity of the state’s elections by making it less likely that ballots will go missing or get altered. Democrats describe the measure that cleared the GOP-controlled Legislature this month as an attack on get-out-the-vote efforts helping elderly, disabled and poor voters.

The bill also could help Republicans with a key policy goal: saving state abortion restrictions endangered by a Kansas Supreme Court decision in 2019 protecting abortion rights. GOP lawmakers were joined in efforts to revise election laws by abortion opponents who fear that abortion-rights canvassers could collect thousands of ballots to defeat a proposed anti-abortion amendment  to the state constitution on the August 2022 ballot.