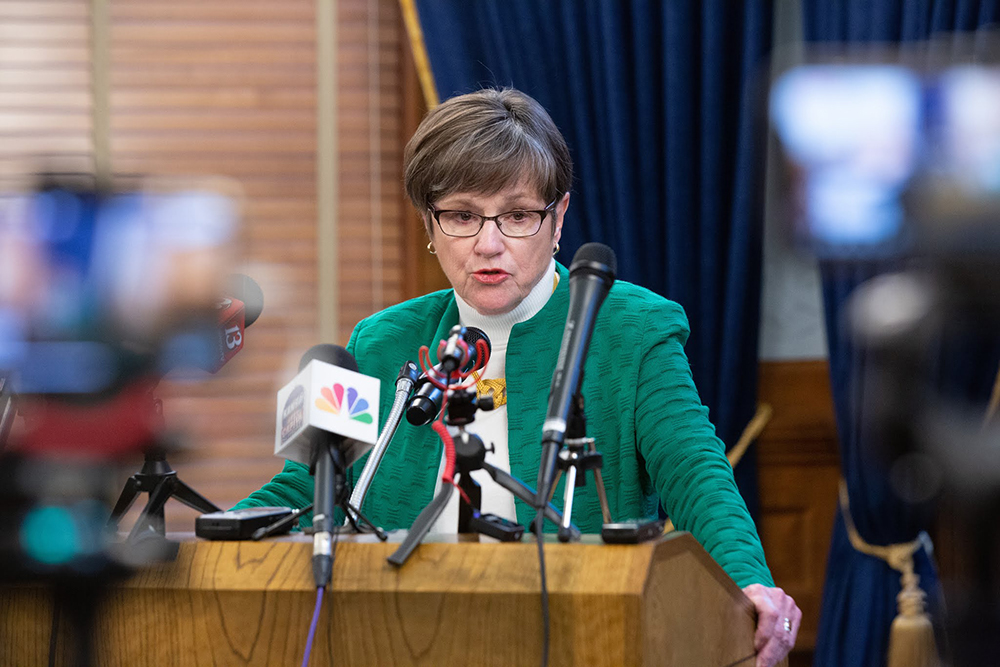 TOPEKA, Kan. (AP) — Republican legislators in Kansas are treating Democratic Gov. Laura Kelly’s opposition to federal COVID-19 vaccine mandates as a political bluff and are forcing policy choices upon her that could complicate her already difficult bid for reelection.

The GOP-controlled Legislature forced Kelly to call a special session that begins Monday to consider two proposals for helping workers who refuse to get inoculated despite mandates announced in September by President Joe Biden. One measure would require employers to exempt workers who say they have a religious objection to the shots without questioning them. The other would provide unemployment benefits to people who lose their jobs because they didn’t get vaccinated.

The proposals appeal to Republicans’ conservative base, and if Kelly vetoes them, that GOP base would remain energized ahead of next year’s midterm elections. Meanwhile, more liberal voters in Kelly’s base back the mandates as a way to finally end the pandemic, and she could face criticism if she signs Republican measures or brokers a compromise in an effort to keep the support of the moderate GOP and independent voters who helped her win in 2018.