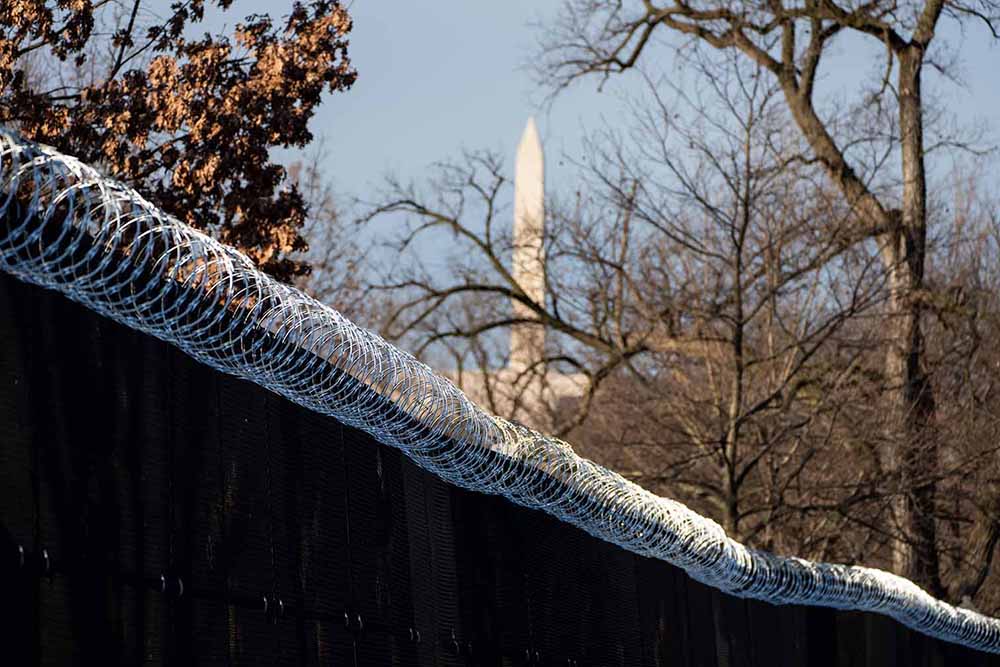 Security officials to scale back fencing around US Capitol

Fencing around the US Capitol will be scaled back as threats have been reduced. The security measures were installed to protect lawmakers after a mob attacked the building on Jan. 6.

WASHINGTON (AP) — Amid strong bipartisan pushback, security officials say they will soon scale back fencing that has circled the U.S. Capitol and cut off the entire area to pedestrian and vehicular traffic since a mob attacked the building on Jan. 6.

Timothy Blodgett, the acting House sergeant-at-arms, said Monday in a memo to members of Congress that the fencing will be scaled back in two phases in response to guidance from the U.S. Capitol Police that “there does not exist a known, credible threat” that warrants keeping the temporary barrier in place.

House Speaker Nancy Pelosi said in a letter to colleagues after Blodgett’s announcement that the Capitol Police “will continue to monitor the threat posture, and plans will be adjusted if and as needed.”