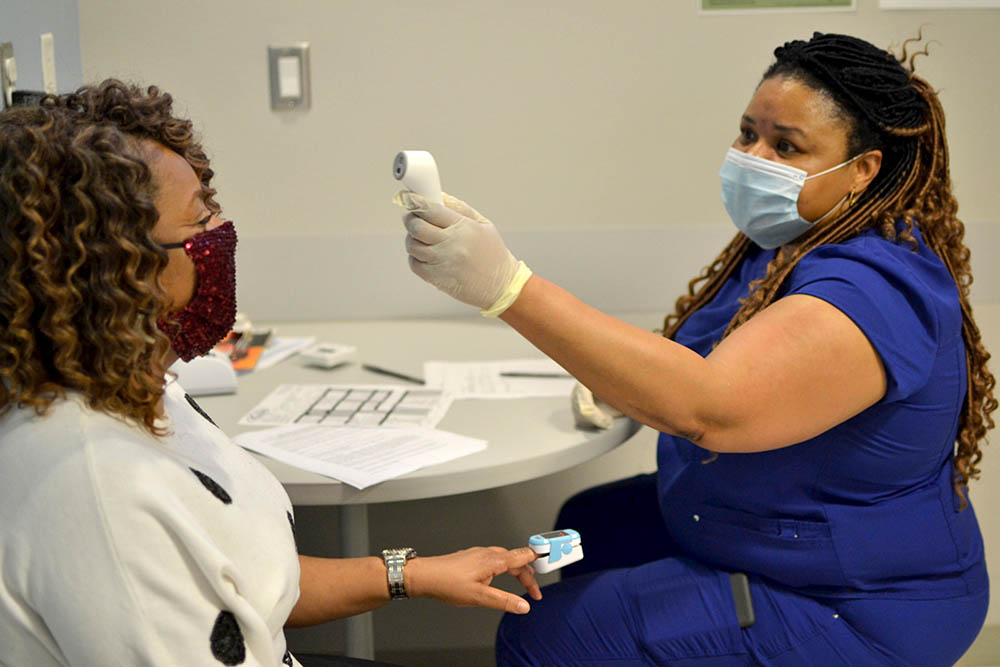 A vaccine mandate will affect about 100,000 workers in New York City. The deadline is Nov. 1.

Nurse Rotonia Gates checks the temperature of Tonya Beamon, of Renova, Mississippi, on March 3, 2021. Beamon decided to get her covid vaccine at Delta Health Center because she had heard good things about the staff. (Shalina Chatlani/Gulf States Newsroom/TNS)

NEW YORK (AP) — New York City will require police officers, firefighters and other municipal workers to be vaccinated against COVID-19 or be placed on unpaid leave, Mayor Bill de Blasio said Wednesday, giving an ultimatum to public employees who’ve refused and ensuring a fight with some of the unions representing them.

The mandate affecting the nation’s largest police department and more than 100,000 other Big Apple workers — including trash haulers and building inspectors — carries a Nov. 1 deadline for getting the first vaccine dose, de Blasio announced.

Jailers on Rikers Island, where the city has been grappling with staffing shortages creating unsafe conditions, will be subject to the mandate on Dec. 1.