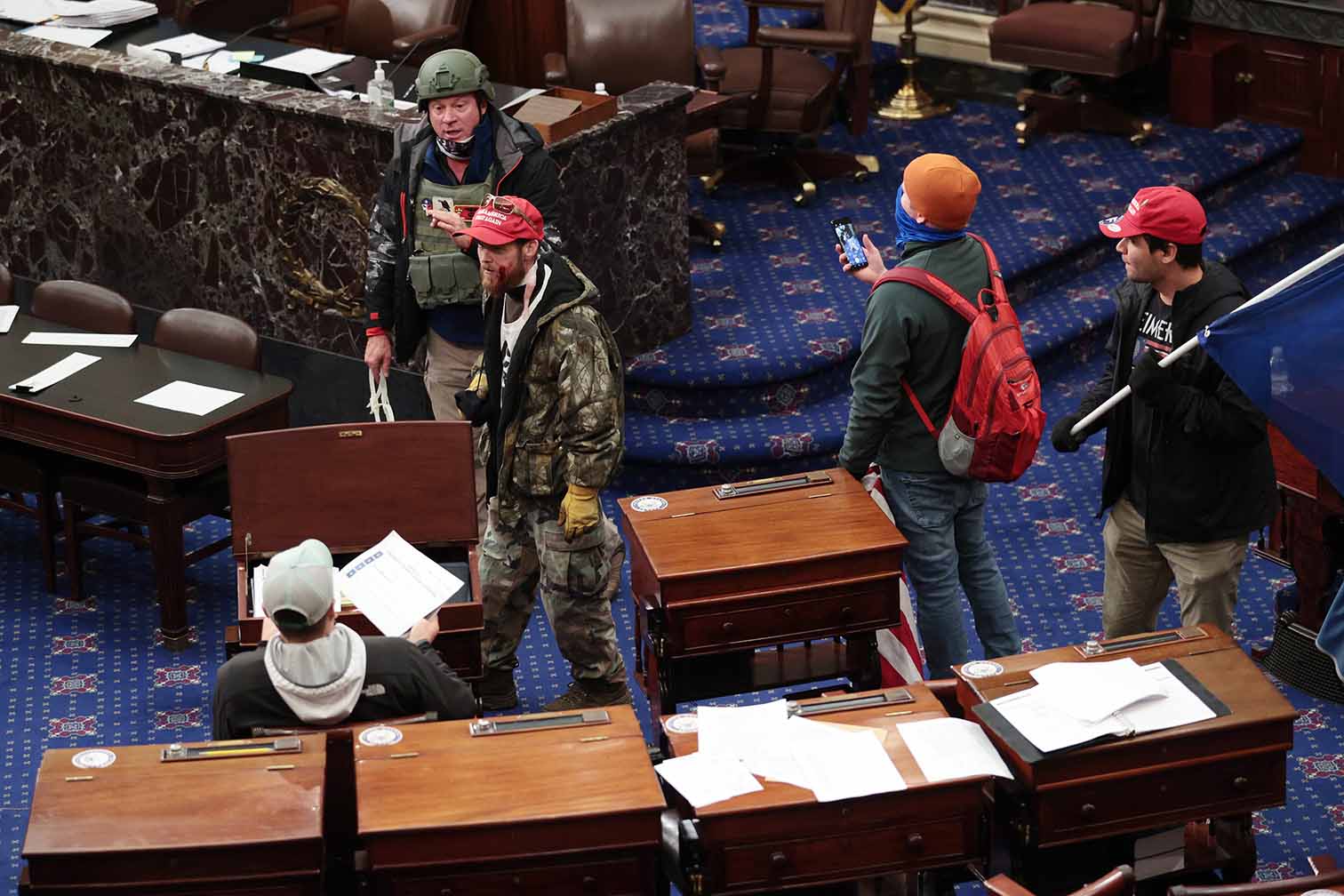 A violent mob that descended upon the U.S. Capitol forced Congress to delay certification of President-elect Joe Biden's victory. However, both chambers returned to complete their tasks once the violence was quelled.

WASHINGTON — As the Capitol was overtaken by a violent mob Wednesday, quick-thinking floor staff grabbed the wooden Electoral College mahogany boxes from the well of the Senate chamber and took them out, along with the crush of evacuating senators.

The insurrection, and attack on democracy itself by the pro-Trump rioters, halted the debate over certification of the Electoral College votes of Arizona, which favored President-elect Joe Biden, in both chambers shortly after 3 p.m. Wednesday. But the pluck of the staff and the resilience of lawmakers enabled both chambers to resume consideration after the Capitol was secured, with the Senate gaveling back in shortly after 8 p.m. and the House soon after.

The House and Senate had retreated to their respective chambers to consider the Arizona objection when the Capitol itself was overrun by the mob.