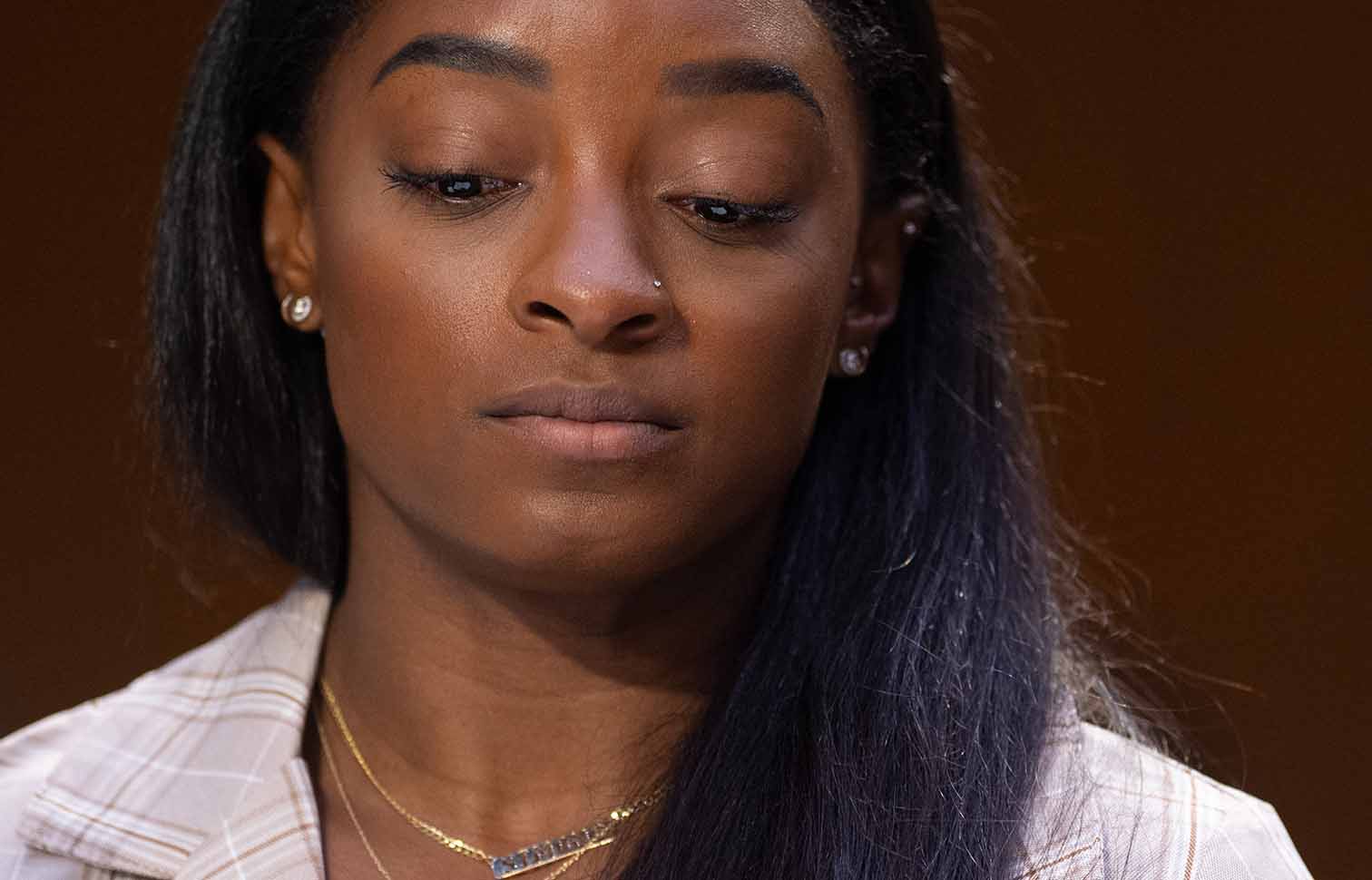 US Olympic gymnast Simone Biles testifies during a Senate Judiciary hearing about the Inspector General's report on the FBI handling of the Larry Nassar investigation of sexual abuse of Olympic gymnasts, on Capitol Hill, September 15, 2021, in Washington, DC. (Loeb Saul/Pool/ABACAPRESS.COM/TNS)

Biles told the Senate Judiciary Committee that “enough is enough” as she and three other U.S. gymnasts spoke in stark emotional terms about the lasting toll Nassar’s crimes have taken on their lives. In response, FBI Director Christopher Wray said he was “deeply and profoundly sorry” for delays in Nassar’s prosecution and the pain it caused.

The four-time Olympic gold medalist and five-time world champion — widely considered to be the greatest gymnast of all time — said she “can imagine no place that I would be less comfortable right now than sitting here in front of you.” She declared herself a survivor of sexual abuse.

Sports
Biles will be face of 2020 games
Opinion
Beneath their beauty lies a painful past for Olympic gymnasts
Sports
Biles sets world record, earns gold
Sports
Progress slow for USA Gymnastics in wake of Nassar scandal