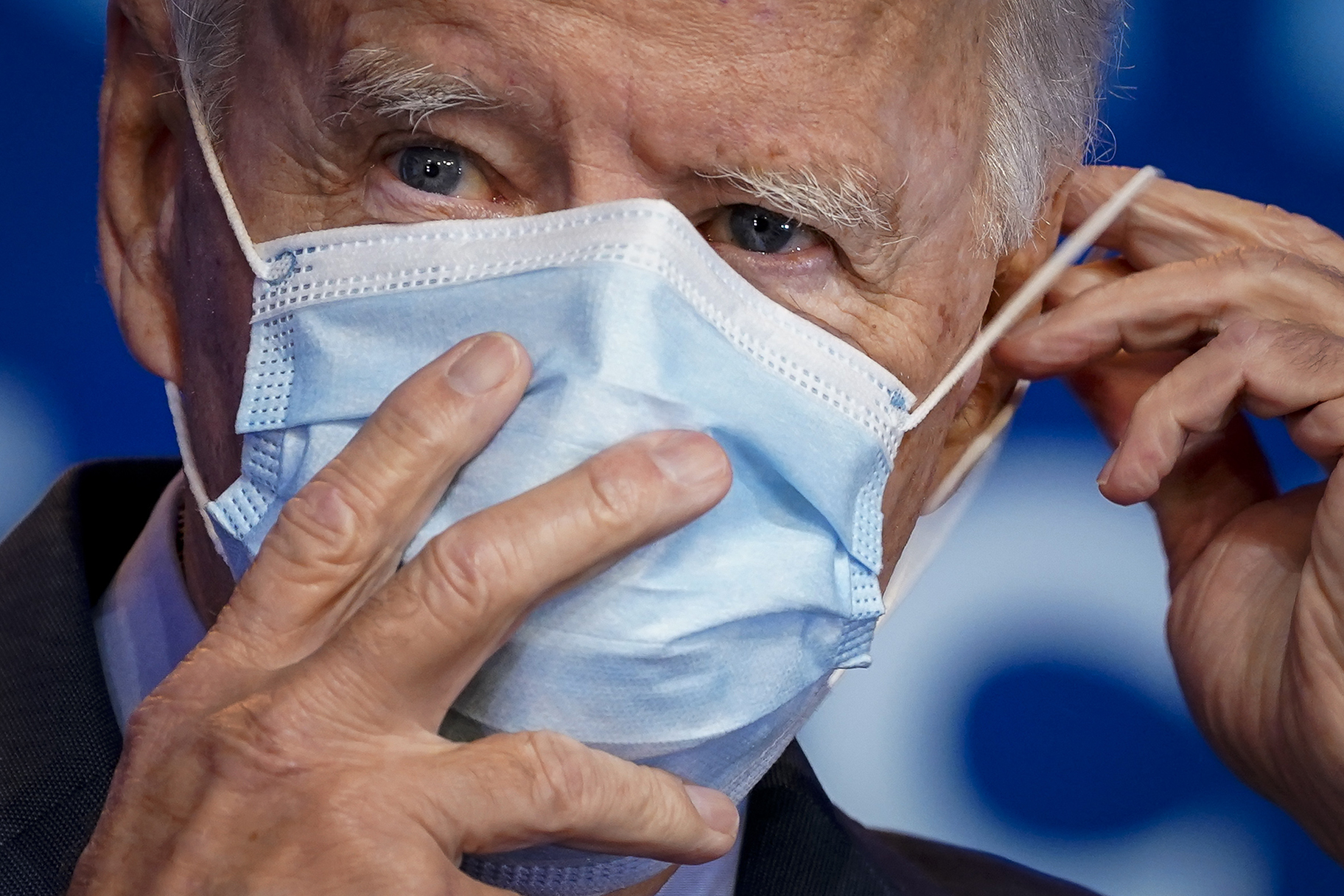 Democratic presidential nominee Joe Biden puts on his face mask after making remarks about the Affordable Care Act and COVID-19 after attending a virtual coronavirus briefing with medical experts at The Queen theater on October 28, 2020 in Wilmington, Delaware. (Drew Angerer/Getty Images/TNS)

WASHINGTON (AP) — President-elect Joe Biden’s scientific advisers plan to meet with vaccine makers in coming days even as a stalled presidential transition keeps them out of the loop on government plans to inoculate all Americans against COVID-19.

President Donald Trump’s refusal to accept that he lost the election means that the Biden team lacks a clear picture of the groundwork within the government for a mass vaccination campaign that will last the better part of next year, says Biden’s chief of staff, Ron Klain.

“We now have the possibility … of a vaccine starting perhaps in December or January,” Klain said. “There are people at HHS making plans to implement that vaccine. Our experts need to talk to those people as soon as possible so nothing drops in this change of power we’re going to have on January 20th.”

News
Pandemic: ‘A plane in a nosedive’
National News
After ceremony, Biden gets to work on virus response
News
Biden to speed release of vaccines
National News
Feds passed on more vaccine