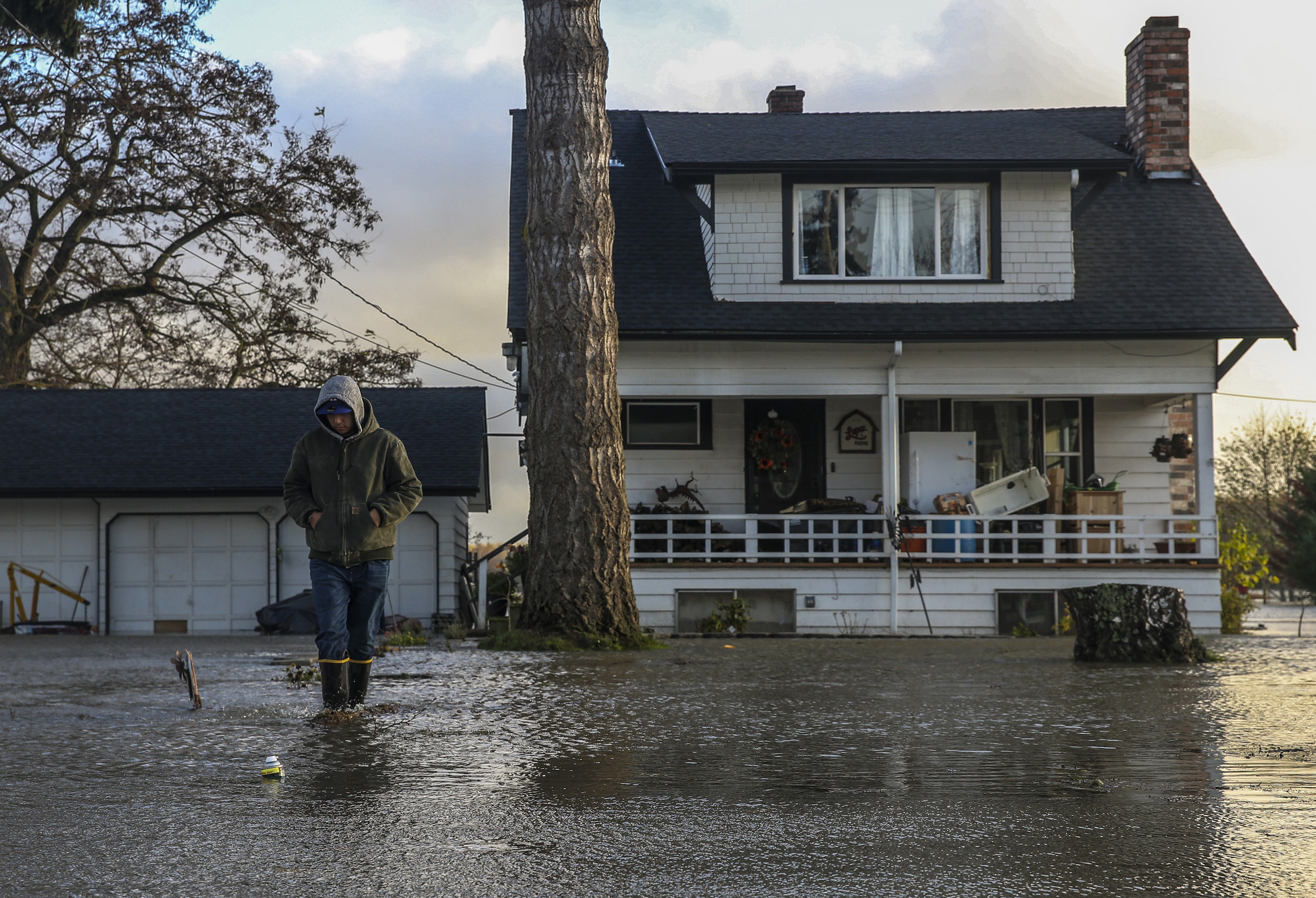 Communities of Sumas and Everson recommend evacuations. Washington state's storm of last week has caused an expected $50 million in damages.

Benjamin Lopez, 17, leaves his home as the Skagit River surrounds the house and floods the area along Highway 20 near Sterling, Washington, Monday, Nov. 15. 2021. Lopez and his family took all their things from the basement and brought them up to the higher floors in preparation for heavy rains. (Amanda Snyder/The Seattle Times/TNS)

Residents in Washington state were preparing for possible flooding as “atmospheric rivers” once again threatened parts of the Northwest, which saw heavy damage from extreme weather earlier this month.

People in the small communities of Sumas and Everson in northwest Washington were asked to voluntarily evacuate Saturday night, The Bellingham Herald reported. Both towns near the Canadian border saw extreme flooding from the previous storm.