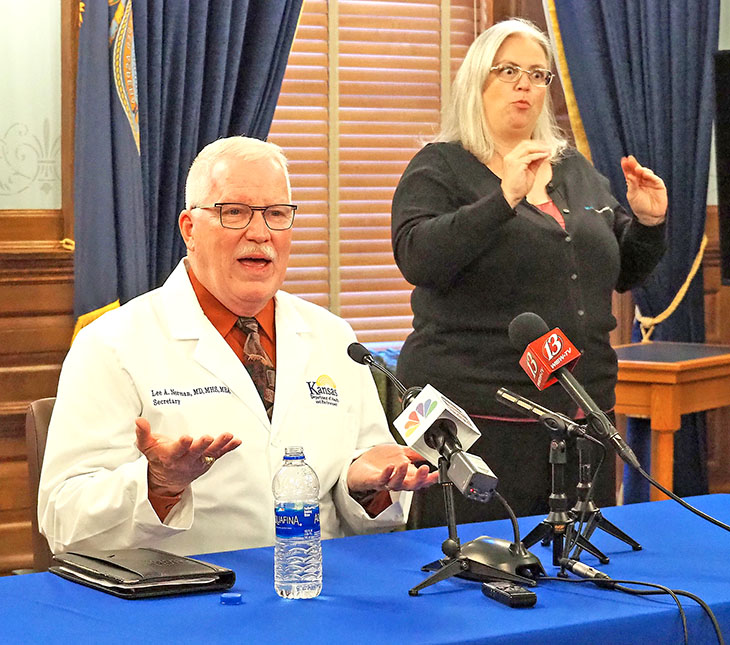 The Kansas Department of Health and Environment just released a report containing a trove of information collected from across the state.

TOPEKA — The state’s newly released survey of public health revealed more than one-third of 18- to 24-year-old adults hadn’t undergone a cholesterol test in the past five years.

But one of 10 Kansans in that age group who were tested had high levels of cholesterol that could promote fatty deposits in blood vessels and increase risk of  heart disease. The overall five-year testing rate for cholesterol in Kansas climbed to 85.5%, with a statewide positivity rate of 34.9% and greatest incidence among elderly, disabled, low-income, minority men.

The trove of information in the report produced by the Kansas Department of Health and Environment offered insight into medical and behavioral challenges based on 10,000 telephone interviews conducted throughout 2019. The survey performed since the 1990s in Kansas with support from nonprofit health foundations and the U.S. Centers for Disease Control and Prevention touched on incidence of cancer, stroke and obesity. It offered an update on access to health services, immunizations and depression. The influence of binge drinking and tobacco use also was examined.