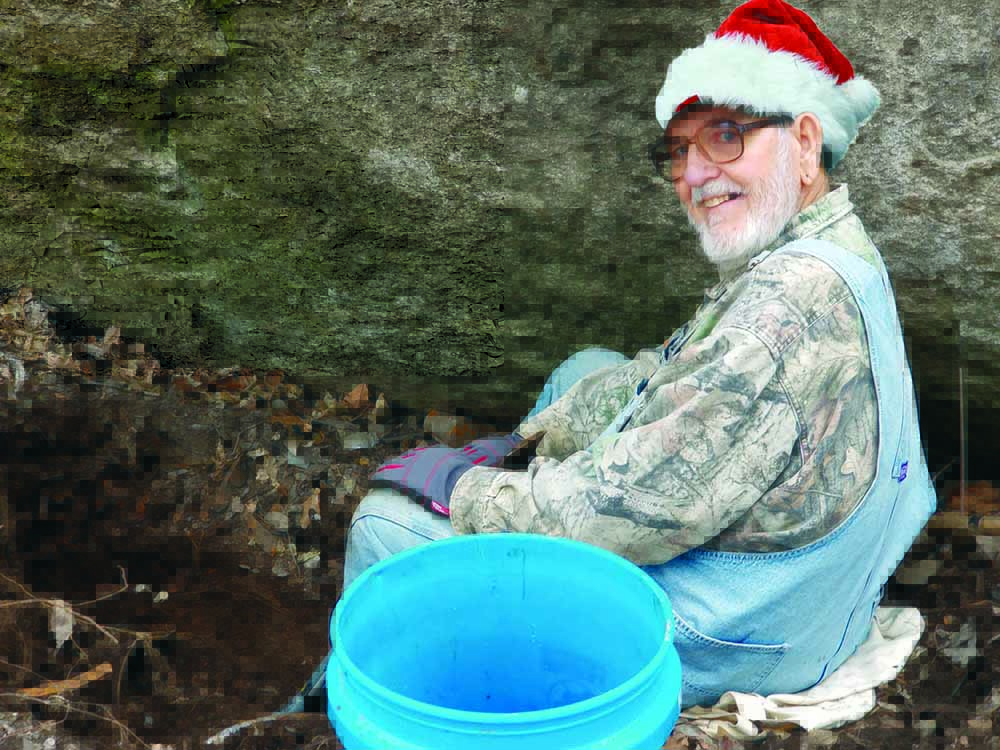 Humboldt caves: Many roads to freedom

The banks of the Neosho River hide a series of solutions caves where water patiently drilled through rock over millennia. They are also believed to be a stop along the Underground Railroad, where slaves patiently hid prior to the Civil War.

Bob Johnson (aka Santa Bob) digs for buried treasure along the bluffs by the Neosho River in Humboldt. Photo by Trevor Hoag / Iola Register

Along the banks of the Neosho River west of Humboldt hides a breathtaking surprise, and an even more exhilarating story.

Lining the bluffs not far from the “Camp Hunter” park, a series of solutional caves reveals both places where water has patiently drilled through rock over millennia as well as where escaped slaves once hid themselves prior to the Civil War.

The caves were reportedly part of the Underground Railroad, a network of secret routes and safe houses established to help Blacks escape into “northern” free states, Canada and other places where slavery had been abolished (like Mexico).

News
Crossing bridges to the past
News
Just Prairie: Recalling a year of adventure
News
From monsters to madmen
Local News
Duathlon named for legendary abolitionist